Welcome to our website for the three parishes of St. Frances Xavier in Oklee, St. Clement in Grygla, and St. Ann in Goodridge. We are a group of small, rural communities in Northwestern Minnesota. Please join us any time to worship our Heavenly Father and the Son whom He Sent, in the unity of the Holy Spirit.

I grew up in a small community like these, in Strathcona, Minnesota. I attended school in Greenbush and Middle River, graduating from High School in 2003. After High School, I attended the University of North Dakota for three years, earning a Bachelor of Science Degree, with an emphasis in Chemistry. After three years of growing in my faith through friends I met in college at the Newman Center, and having been inspired by the Newman Center chaplain and the FOCUS missionaries on campus, I applied to enter the seminary to study for the priesthood. I spent two wonderful years (Fall 2006-Spring 2008) at St. John Vianney College Seminary in Saint Paul, Minnesota, where I was introduced to Philosophy.  The next two years I spent at Saint Paul Seminary, also in Saint Paul, where I began to study Theology. After two years I worked in a parish setting during a pastoral year, and then returned to Saint Paul Seminary to complete my studies for the priesthood in May of 2013.

I was ordained a deacon on June 2, 2012, and to the priesthood on June 1, 2013. Following ordination I was assigned as a parochial vicar at St. Philip's Catholic Church in Bemidji, and as chaplain at Holy Spirit Newman Center, at Bemidji State University. In June of 2014, I was reassigned as parochial vicar at Sacred Heart Catholic Church in East Grand Forks, where I was also chaplain to the parochial school, and a Theology teacher in the high school. In July of 2015, I began as the parish administrator in these three beautiful parishes. Praise be to God for all the good things He has done for me! I pray that He will bless my labors in these parishes. 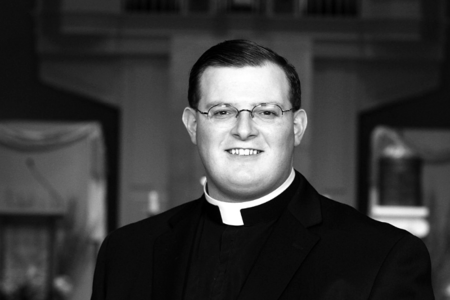 The Catholic Parishes of Oklee, Grygla, and Goodridge